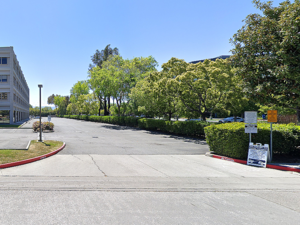 Seated in the tenth largest city in the United States, the San Jose Airport (SJC) is the third largest airport in the Bay Area. Norman Y. Mineta San Jose International Airport was named after the Transportation Secretary under Presidents Clinton and George W. Bush. A San Jose native born to Japanese immigrants, Mineta was a city councilman who became mayor of the city before ascending to the House of Representatives in Washington where he served for three decades. An advocate and political ringer for funding San Jose’s airport, it would be hard to think of a more fitting dedication.

The San Jose Airport sees 9.5 million passengers pass through every year, but at its peak in 2000 when the dot.com boom was flooding the area with new work and new tech companies, traffic hit an all-time high of 14.2 million passengers per year. As Silicon Valley weathered the economic changes of the early aughts, SJC saw passenger traffic slow as well.

The popularity of this airport stems for its high volume of flights on discount fare airline Southwest and the Pacific Northwest’s favorite carrier, Alaska Airlines. Southwest has a long history at this airfield, and since they extended the runways in the early 1960’s to accommodate larger planes flying in from the East Coast, that relationship has remained vital to San Jose Airport’s success.

Even if you don’t know the way to San Jose by heart, your GPS does and when you book through ParkWhiz, we'll help steer you right to the affordable San Jose Airport parking of your choice, where your guaranteed space will be waiting!