VIEW ALL
PREV
NEXT

436 ft away
VIEW IN MAP
About This Facility

Traditionally an immigrant, working class neighborhood, the Lower East Side has undergone massive gentrification starting in the mid-2000s. Famous mainstays like Katz’s Deli remain, but the neighborhood is also home to upscale boutiques and trendy dining establishments, along with a kickin’ latenight music scene.

💲💲 Any vehicle taller than 70" or wider than 86" will be considered an Oversized Vehicle. This includes any aftermarket modifications. Charges for any vehicle will depend upon overall length.

1/2
Operated by Edison ParkFast
Valet
Obstructed
Attended
RATED: 3.5 out of 5

Park in any space not marked reserved
2. 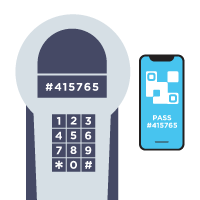 Immediately after parking go to the payment kiosk and choose your time frame
3.

Choose the coupon payment option and enter the coupon code (under the QR code) on your parking pass
4.